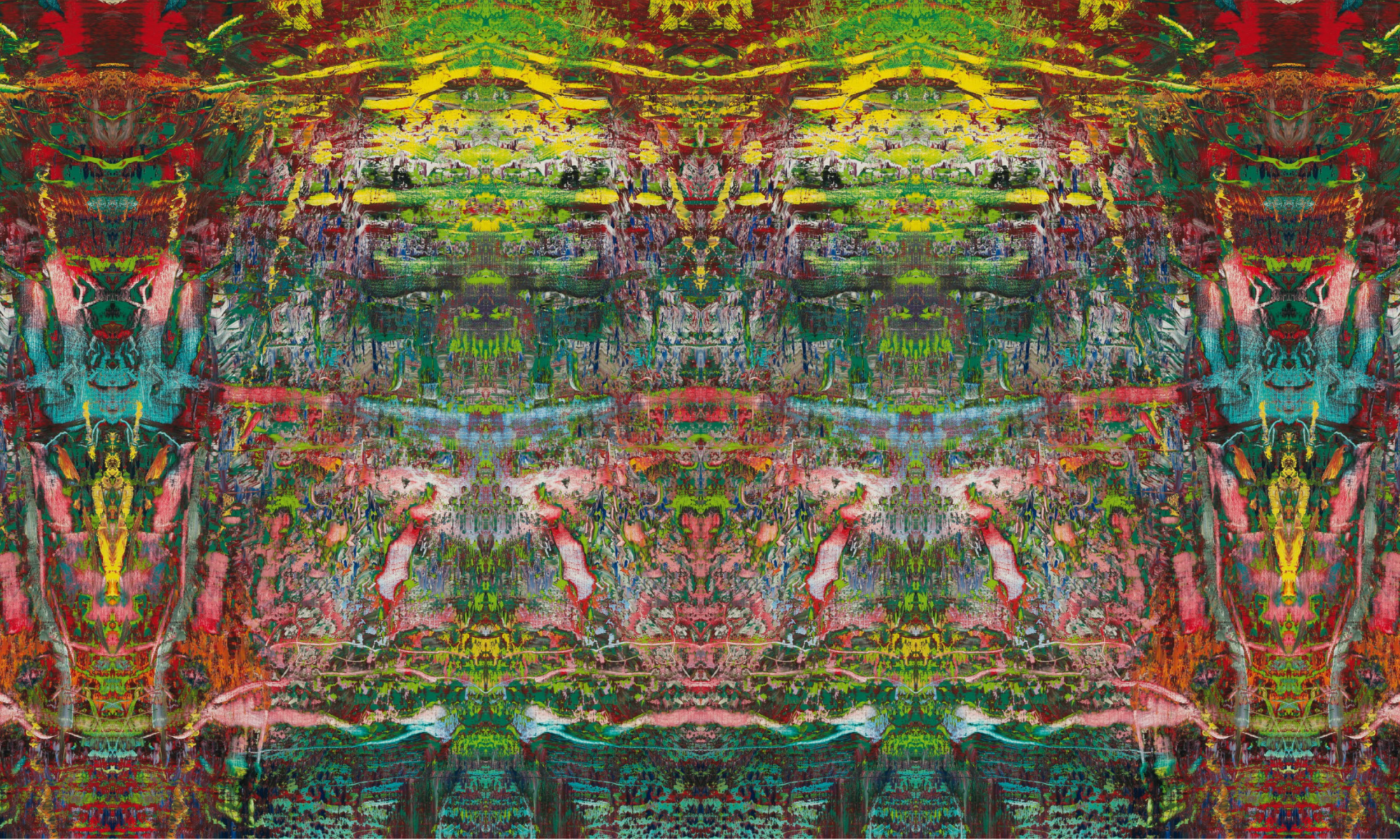 Moving images of countless colored strips and the sounds of a trumpet. Nothing about this interplay is simple, for as soon as the first note of the trumpet resonates over the film Moving Picture 946-3 and the virtual begins to merge with reality, one embarks on a spaceless, almost hypnotic dive through the structures.

The combination of image and sound opens up another dimension and spins a spherical momentum that becomes a continuous catalyst for visual associations. When the intensive, atmospheric sounds of Marco Blaauw’s trumpet, composed by Rebecca Saunders, are amplified by the collaborative work of Gerhard Richter and Corinna Belz, the
audience is thoroughly immersed and becomes part of a complex work of art.

Film Director Corinna Belz: Our first collaboration using this principle resulted in the 2016 film “Richter’s Patterns.” However, in September 2017, Richter sent me some notes on new ways he thought this principle might be applied to film. We began collaborating on a new project, “MOVING Picture 946-3,” based on his painting “946-3” – the culmination of a six-year research and development period.

Subjected to this system, the original visual material – the single Richter painting – displays an astonishing array of form and coloration variations. Due to the vertical splicing and mirroring of the divided section, the element of symmetry is constant in all phases. The resulting pattern/color combinations can also bear a striking likeness to organic phenomena and various cultural symbols. At the advanced stages of the division/mirroring/repetition process – when the painting has been distilled down to a series of colored lines – these symmetrical variations are no longer visually apparent, yet somehow remain subtly perceptible in the image – on a vibrational, or homeopathic level, so to speak