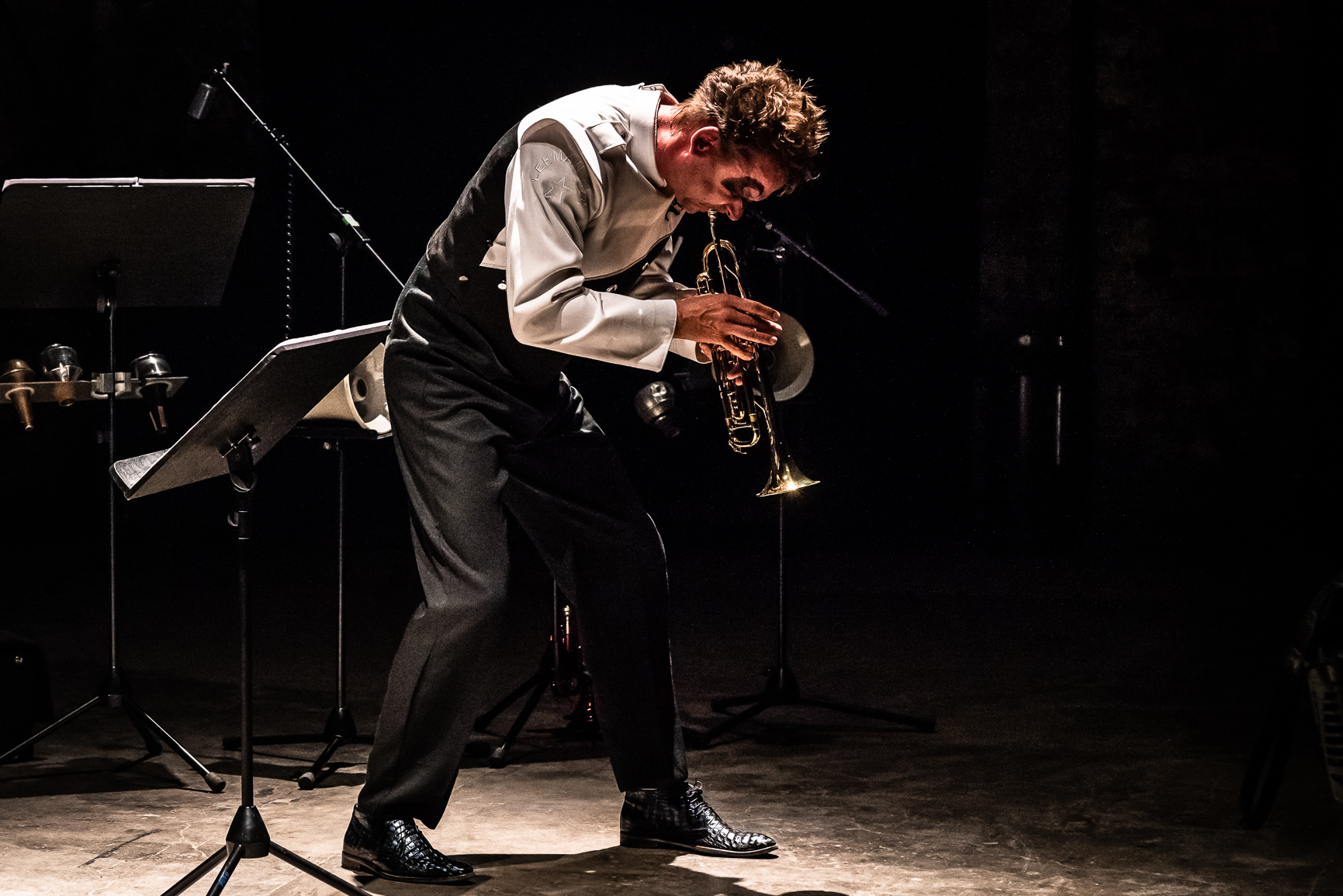 Inspired by his collaboration with the American composer La Monte Young, Marco Blaauw founded a trumpet ensemble in 2015 to explore the enormous variability of trumpet sounds and playing techniques within the framework of a wide variety of projects and through the development of diverse compositions. The ensemble is focused on the sound of the trumpet to show its astonishing variety. Through duplication, dense sound fields, subtle color changes, gradual and extreme dynamic curves, as well as motion, shifting distances, and perspectives, the single timbre becomes both the sonic foundation and accentuating highlight.

The Monochrome Project proves that less can also be more.

From 2015 to 2017, the ensemble gave several performances of La Monte Young’s “The Second Dream of The High Tension Line Step Down Transformer.” In 2018, the European premiere of “composition 103” by Anthony Braxton was staged and received rave reviews from audiences at the Ruhrtriennale and the Huddersﬁeld Contemporary Music Festival. In 2020, a series of concerts featuring new works by Elnaz Seyedi, Justè Janulytè, and Márton Illés was planned for the ensemble. Because only one concert of this scheduled series could be performed, all three works were produced for radio and video in cooperation with WDR.

In 2021, the Monochrome Project collaborated with Martin Smolka and Juste Janulyte on 2 new works for the ensemble, both premiered on Philharmonie.tv. The ensemble also worked with composer Arvo Pärt to make an arrangement of his 1977 choral work, “Summa,” to be broadcasted in October 2021 for the Romanische Sommer festival.

This fall, the Project will continue exploring new works by Rolf Wallin, Riccardo Nova and Bára Gísladóttir, as well as give another performance of La Monte Young’s “The Second Dream of The High Tension Line Step Down Transformer” in the Global Trumpets Festival in September.

read more about our members

watch videos of past project